Something hit the sun causing a massive explosion

August 08, 2021
On August 8, 2021 the LASCO C2 satellite captured a massive unknown explosion on the sun and it doesn't look like a solar filament or solar flare. 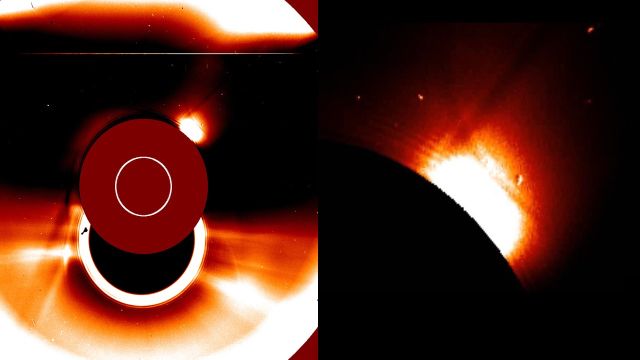 Now, on November 1, 2020 NASA's satellite EIT 304 captured an alien spacecraft firing a huge beam at the sun (see video) and even though the reason is not known, it is said that intelligent races might survive by collecting, storing and harnessing the power of the sun.
As such we might wonder whether such a craft has fired something at the sun causing the massive explosion.