September 25, 2021
High speed disc-shaped UFO travelling over Mount Teide in Tenerife. Since the UFO/fastwalker passes the photographer at a reasonable distance, it is unlikely that the object is a bird flying close to the camera. 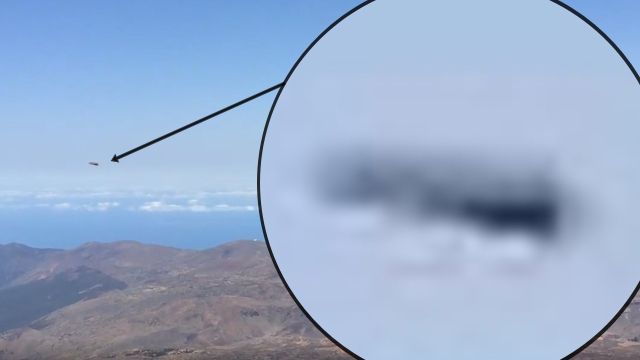 Then, four cigar shaped independent objects flying in parallel over Bend, Oregon. Objects were not visible to the naked eye and a weird transparent shaped object hovering through the sky over Brooklyn, New York. It appeared to be a physical object that reflected the light of the sun only at certain angles when turning. source: www.mufon.com