Bizarre flying humanoid figure floating in the sky over Maryhill In Glasgow, Scotland

November 07, 2021
A weird floating object that looks like a flying humanoid figure, as we can see a head, arms and legs which are attached to a body, appeared to fly through the sky over Maryhill In Glasgow, Scotland. 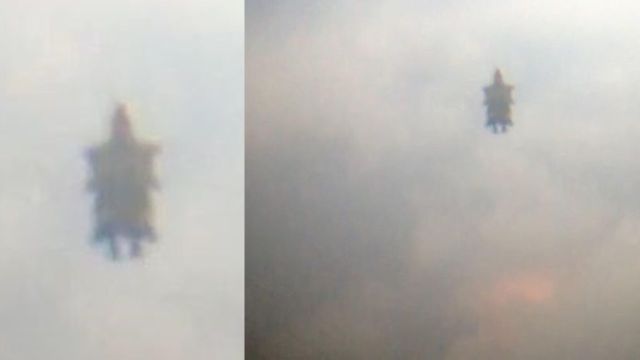 Lynsey Currie spotted the strange shape soaring over her flat in Glasgow on which her boyfriend quickly filmed the odd spectacle.
She told Glasgow Live that it was flying "from the northwest of Glasgow towards the southwest" in her footage.