December 17, 2021
News has recently emerged of global elites (aka cabal) going to Antarctica for a secret meeting. We know from public tweets that Claus Schwab, Founder and Executive Chairman of the World Economic Forum, and Cristina Lagarde, President of the European Central Bank attended a secret Antarctica meeting. Two others present were Brad Garlinghouse and David Schwartz, respectively the President and Chief Technical Officer of Ripple Labs, a computer software company specializing in online payment systems. 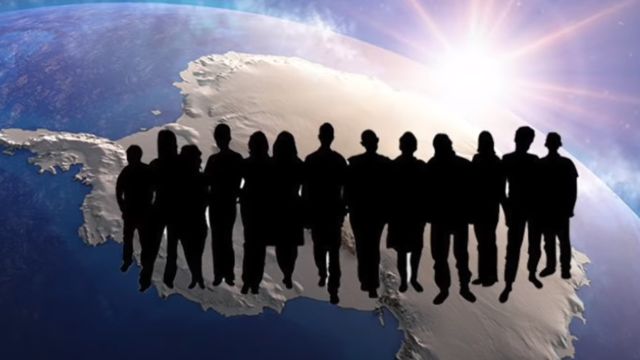 The original source for the four twitter posts cited above has been found. The four tweets first appeared on the twitter account of XRP the Standard Productions on December 3. 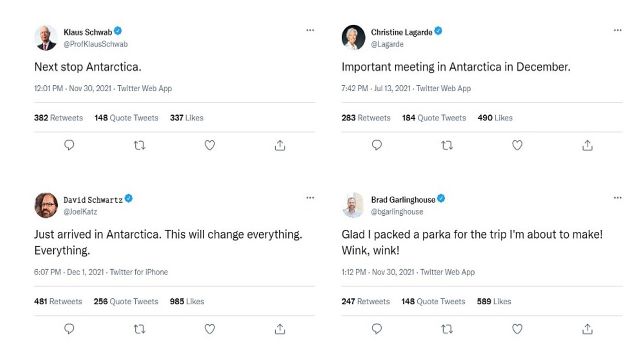 The XRP site posts satirical stories, and takes pride in misinforming people. Unfortunately, regarding the four Antarctica tweets, this does cast considerable doubt on their authenticity.
However, disinformation is designed to muddy the waters about real events, and something did genuinely happen in Antarctica as one of the four sources, David Schwartz, is actively posting about his recent trip there. So we know one of the four twitter sources did go to Antarctica. Learn more at:exopolitics.org