Into the Eye of the Storm: NASA's Parker probe flying through the Sun’s Corona

December 16, 2021
Parker Solar Probe launched in 2018 to explore the mysteries of the Sun by traveling closer to it than any spacecraft before. Three years after launch and decades after first conception, Parker has finally arrived. 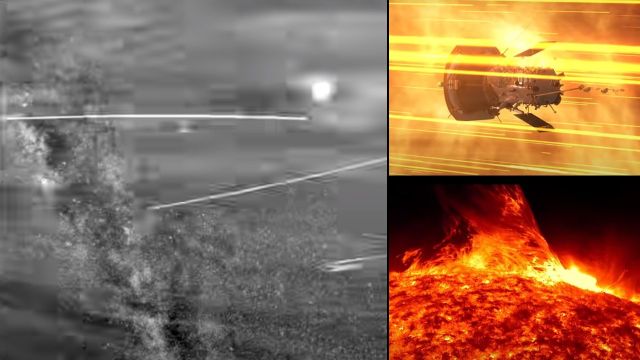 For the first time in history, a spacecraft has touched the Sun. NASA’s Parker Solar Probe has now flown through the Sun’s upper atmosphere – the corona – and sampled particles and magnetic fields there.
As Parker Solar Probe passed through the Sun's corona, the spacecraft flew by structures called coronal streamers. These structures can be seen as bright features moving upward and downward in the first video compiled from the spacecraft's WISPR (Wide-field Imager for Parker Solar Probe) instrument.
Such a view is only possible because the spacecraft flew above and below the streamers inside the corona. Until now, streamers have only been seen from afar. They are visible from Earth during total solar eclipses.