January 15, 2022
On January 7, 1948, 25-year-old Captain Thomas F. Mantell, a Kentucky Air National Guard pilot, died in the crash of his P-51 Mustang fighter plane near Franklin, Kentucky, United States, after being sent in pursuit of an unidentified flying object (UFO). The event was among the most publicized early UFO incidents. 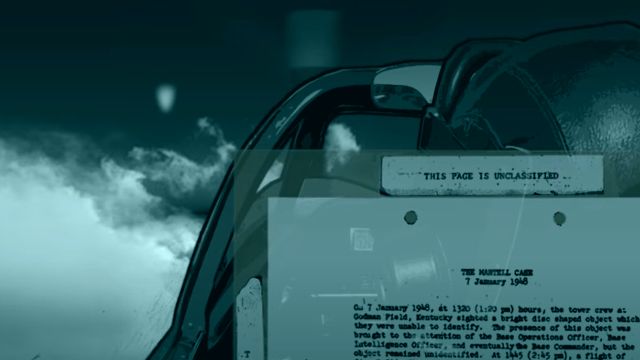 Later investigation by the United States Air Force's Project Blue Book indicated that Mantell may have died chasing a Skyhook balloon, which in 1948 was a top-secret project that he would not have known about.
Mantell pursued the object in a steep climb and disregarded suggestions to level his altitude. At high altitude he blacked out from a lack of oxygen; his plane went into a downward spiral and crashed.
While many will write this mystery off as having been solved, WartimeStories cannot come to that conclusion. he therefore will leave it to you, the listener, to decide for yourself what to believe after hearing the individual eyewitness accounts, those of various military personnel, regarding the strange unidentified flying objects they saw on January 7, 1948, from no less than three military bases in Kentucky and Ohio.