Mummified 'Mermaid' to be analyzed by Japanese Scientists

on March 01, 2022
A “mermaid mummy” kept at a temple has been an object of worship.Now, for the first time, a project has started to scientifically analyze the mummified creature, which has the upper body of a human and the lower body of a fish. 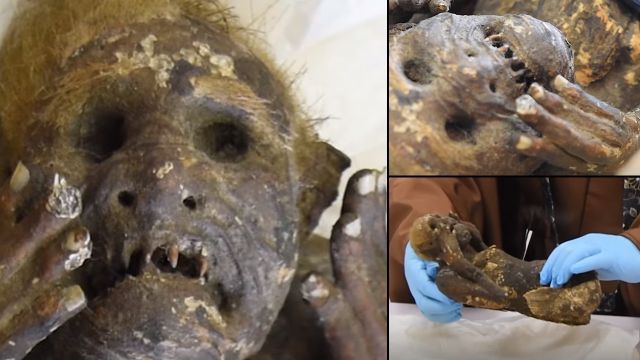 On Feb. 2, 2022 Kozen Kuida, 60, chief priest at Enjuin temple in Asakuchi in the prefecture, removed the 30-centimeter-long treasured specimen from a paulownia box in the CT scanning room of the university’s veterinary hospital.
Laying face up on an examination table, the mummy appeared to be locked in a scream while holding its hands to its mouth. In addition to nails and teeth, the mummy has hair on its head and scales on the lower body.
According to asahi.com, a note contained in the same box of the “dried mermaid,” the creature was caught in a fishing net on the coast of Tosa Province (present-day Kochi Prefecture) between 1736 and 1741.
cryptid deep sea creature mermaid mystery unexplained