April 29, 2022
NASA calls it a prominence, but how likely is it that a prominence tethered to the sun will reappear at the same spot after 10 years? 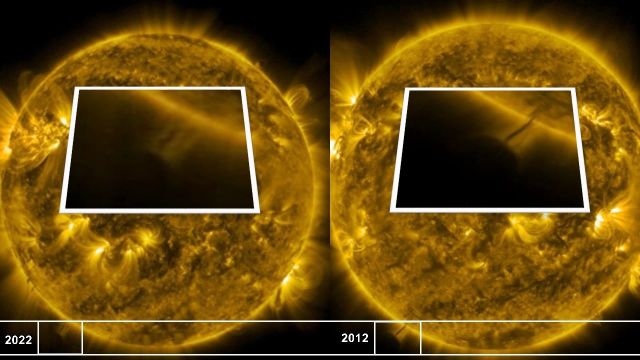 It seems unlikely unless it is not prominence but a UFO refueling by sucking up solar plasma.
On 2012-03-11 NASA's satellite AIA171 captured a huge sphere tethered to the sun before flying back into space.
10 years later, on 2022-04-19 satellite AIA 171 captured the same giant sphere again and at the same spot.
Only an object under intelligent control can carry out such a performance.