on May 27, 2022
November 6, 2018, pilots of a U.S. Army AH-64 Apache attack helicopter encountered three unidentified aerial phenomena during a training flight in Arizona. 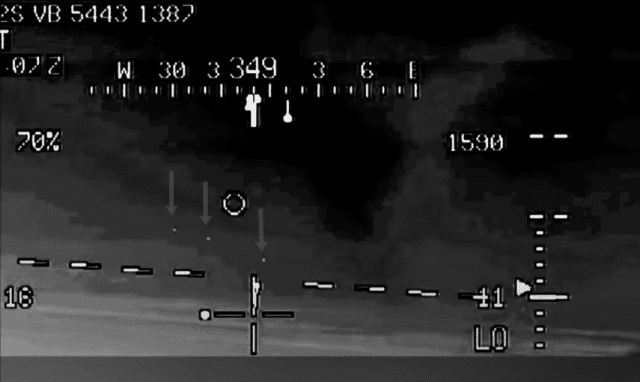 The video shows three unknown aircraft initially appearing to be flying in a loose triangular formation. The three unknown objects suddenly appear to rotate around each other, as if revolving around an unseen axis, all while maintaining a steady eastward trajectory.
Former U.S. Air Force F-16 fighter pilot Chris Lehto analyzed the footage and concluded, “it is without a doubt anomalous.” According to Lehto, “The tracking rate is exceptionally fast. Even if they are only a mile away, I calculate they go approximately 1.28M. Well past the speed of sound.”
“The circle-dance maneuver is just not possible,” added Lehto. “They do a full 360-degree turn in less than 3 seconds!”
In Lehto’s opinion, no F-16—nor any drone or other aircraft in the current known inventory of the United States military—is capable of what the objects are seen doing in the video. He judges that they display “a turn rate that is an order of magnitude faster than one of the fastest turning fighters on earth,” which he estimates to be above 70 Gs.
north america UAP UFO ufo videos 2022