Sunday, May 22, 2022
NASA's Voyager 1 is sending mysterious data from beyond our solar system. Scientists are unsure what it means. The Voyager 1 probe is still exploring interstellar space 45 years after launching, but it has encountered an issue that mystifies the spacecraft's team on Earth. 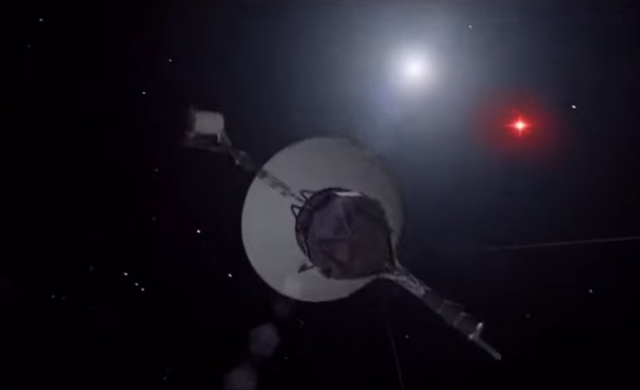 Voyager 1 continues to operate well, despite its advanced age and 14.5 billion-mile distance (23.3 billion kilometers) from Earth. And it can receive and execute commands sent from NASA, as well as gather and send back science data.
But the readouts from the attitude articulation and control system, which control the spacecraft's orientation in space, don't match up with what Voyager is actually doing.
The attitude articulation and control system, or AACS, ensures that the probe's high-gain antenna remains pointed at Earth so Voyager can send data back to NASA.
Due to Voyager's interstellar location, it takes light 20 hours and 33 minutes to travel one way, so the call and response of one message between NASA and Voyager takes two days.
alien signal mystery NASA unexplained voyager WOW signal