on June 05, 2022
A solar flare is partially blocked for a while by an unknown elongated force in front of it. 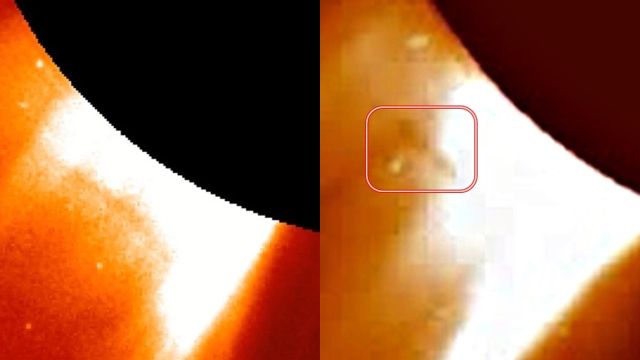 Normally a solar flare shoots into space in its entirety, but this flare is blocked by something in front of it, making it appear that only a part of the flare can move around an unknown elongated force before shooting into space.
It appears that the elongated force is moving slowly through the solar flare, suggesting it could be a very large cigar-shaped spacecraft.
mystery NASA space anomalies UFO ufo sun unexplained