on June 14, 2022
During a recent interview, Jeremy Corbell talks about UFO secrecy. Understand that throughout modern UFO history the highest number of close encounters with true UFO/UAP have been in relation to our military operations globally. With an increased frequency. 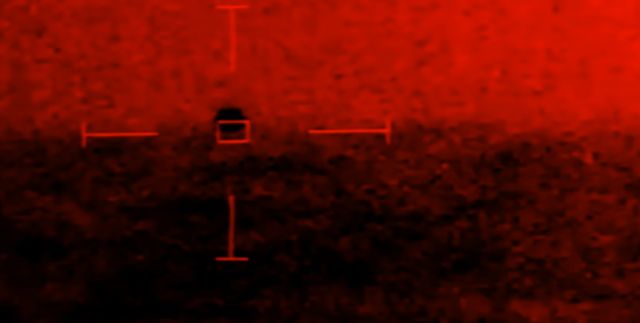 Our service members have been silenced. Silenced not only by a necessary strategic defense methodology - but also by unintentional mechanisms of bureaucracy. The bottleneck is real when it comes to UFO reporting in our government.
But is it possible that now with the US congress UFO hearing, the Pentagon UFO report, the uptick of daily UFO reports from the mainstream media including the many interviews with well known UFO researchers, we come to the point that a path has been forged towards discovery and UFO transparency?
Discovery and UFO transparency?
Taking into account that the US has been conducting intensive research into the UFO/extraterrestrial phenomenon since 1947 through various projects with overwhelming evidence that craft of extraterrestrial origin and aliens of extraterrestrial origin are real, which till now they keep it secret for the public, so a path has been forged towards discovery and UFO transparency? It is not going to happen!
I recommend you to read a recent article including official documents and images from Linda Moulton Howe, titled:
“Project Aquarius” – TOP SECRET MJ12 ORCON – Funded by CIA to Study UFO/IAC Sightings and Contacts with Alien Life Forms
Below a small summary from Linda's article which proves that the US has already obtained a lot of information that Extraterrestrial UFOs and Aliens are real.
In 1947, an aircraft of extraterrestrial origin crashed in the desert of New Mexico. One alien of extraterrestrial origin survived the crash.
Established in 1947: Air Force initiated created a program to investigate incidents involving UFOs. The program was operated under three different code names: GRUDGE, SIGN and finally BLUE BOOK.
In 1949, another alien aircraft crashed in the United States and was recovered partially intact by the military.
Established in 1949: Project BANDO Project to collect and evaluate medical information from the surviving aliens creature and the recovered alien bodies.
Established in 1953: Project GLEEM, A reporting system for UFO sightings and incidents
Established in 1954: Project SIGMA: Originally established as part of Project Gleem in 1954. Became a separate project in 1976. Its mission was to establish communication with aliens.
In 1958, the United States recovered a third Alien aircraft from the desert of Utah.
Established in 1966: Project AQUARIUS Project AQUARIUS replaced the 1953, Project GLEEM Reports collected under Project Aquarius were considered actual sightings, of alien aircrafts or contacts with alien life forms. Most reports were made by reliable military and defense department civilian personnel.
Established in 1968: Project POUNCE: Evaluation of all UFO/IAC information pertaining to space technology. PROJECT POUNCE continues.
Established In 1972: Project SNOWBIRD. Its mission was to test fly a recovered Alien aircraft.
UAP UFO UFO cover-up