Floating City appears in the sky in Haikou, China

Thursday, July 14, 2022
On July 14, 2022 residents were stunned by the sight of a strange phenomenon in the sky in Haikou, capital of South China’s Hainan. The footage which was recorded by a local resident appears to show a mysterious city floating in the sky. 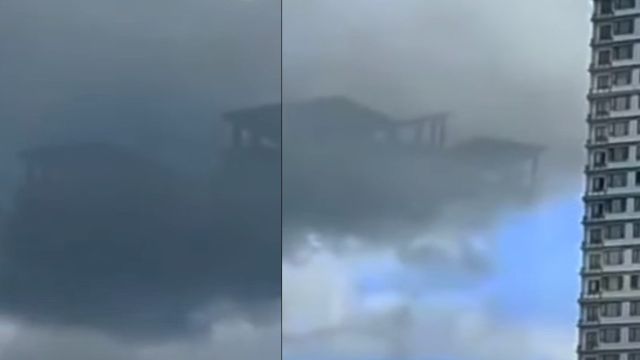 Although some people have the raised the fear that this mysterious phenomenon was possible the result of a project Blue Beam test, a holographic technology or a temporarily vortex of a possible parallel universe, the phenomenon is more likely a mirage, a naturally occurring optical phenomenon in which light rays are bent to produce a displaced image of distant objects or the sky. Another possibility is a Fata Morgana, one kind of superior mirage.
It is not the first time; on October 7, 2015 a huge mysterious city, including skyscrapers, floating in the clouds over the city of Foshan in in central Guangdong province, China. 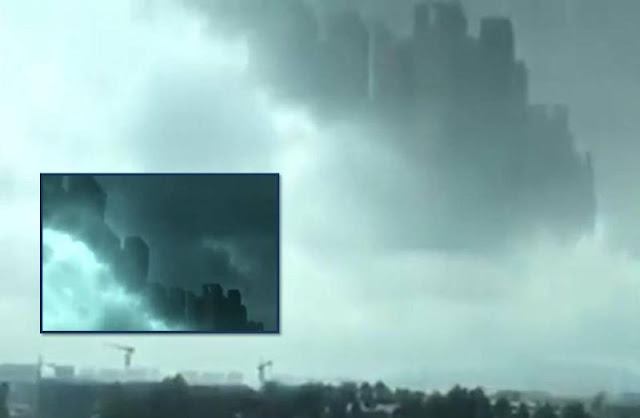 On March 18, 2016 ghost-like buildings was seen above the sea along the port of Dalian in northeast China’s Liaoning Province and dominated the skies for minutes.

And on September 11, 2020 The ghostly image of what looked like the iconic Hogwarts School from the world of Harry Potter was spotted floating above modern buildings in Jinan, Shandong Province in eastern China.