on July 17, 2022
A winged object appears before it seemly passes the sun at high speed. Later...a huge outburst occurs, it almost looks like an explosion. 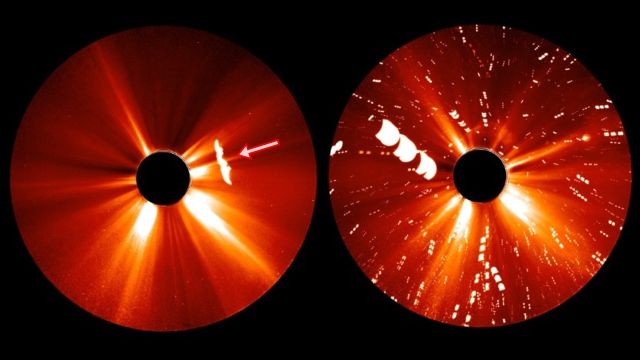 The outburst shows many white tubular object - all of which are grouped in only series of 2 or 3 objects which is very strange.
Are these objects energetic protons hitting the solar spacecraft at the moment the winged object passing by or did something else happen?
Could it be that the winged Unidentified Flying Object is responsible for the strange event near the sun?
NASA UFO ufo sun ufo videos 2022