on August 16, 2022
A photographer captured a massive black triangular craft in Kilgore, Texas. 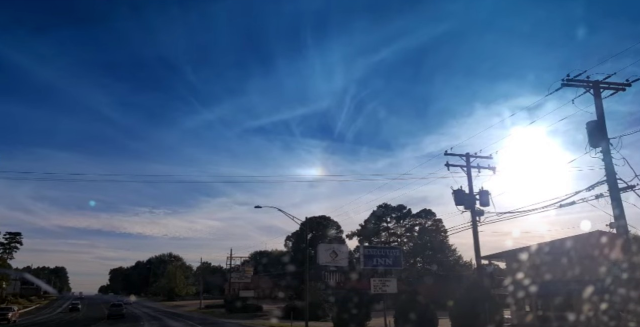 He states: "Today, I was showing an employee the pictures and he pointed out the triangle. I thought this was odd and it appears that the triangle came out of the burst of light."

Although some people suggest that the triangle is just a light reflection it is more likely that the photographer caught a TR3-B a secret military antigravity craft that officially doesn't exist.
north america TR3B black manta UFO ufo videos 2022