on August 08, 2022
Was a UFO accidentally filmed during an ARD live broadcast recording of a wildfire in eastern Germany? 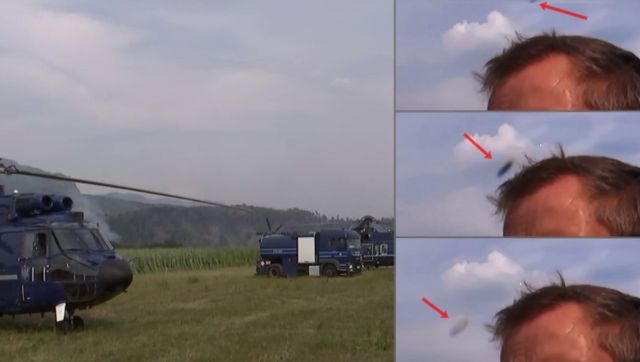 The video footage appears to show a high speed cylindrical object flying by in the background.
The object has no obvious signs of propulsion and no wings, also it can't be a bird either since we don't see flapping wings. Maybe an insect flying close to the camera? But can an insect fly that speed? What could it be?
Original ARD video footage, see UFO at about 3.42 minutes.
europe UFO ufo videos 2022