What are Transmedium Objects? Avi Loeb, Ph.D. on the possibility of life beyond Earth

on August 25, 2022
Are we alone in this universe? Congress seems to think not. One branch of the American government implying that UFOs have non-human origins is an explosive development. 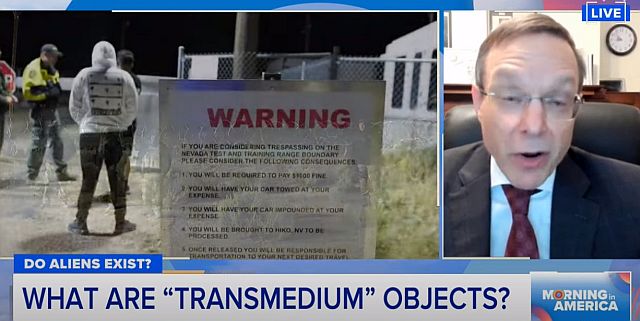 According to Vice, members of the Senate Intelligence Committee believe (on a unanimous, bipartisan basis) that some UFOs have non-human origins. After all, why would Congress establish and task a powerful new office with investigating non-'man-made' UFOs if such objects did not exist?
Despite Congress now asking the Pentagon to focus only on those objects that haven’t been designed by human hands we must ask ourselves whether it could be another distraction in an attempt to hide the truth about the existence of extraterrestrial UFOs and intelligent life beyond Earth.
Avi Loeb, Ph. D., an astrophysicist and professor of science at Harvard University, joined Morning in America to discuss the possibility of life beyond Earth.
aliens hyperdimensional aliens life in space UFO