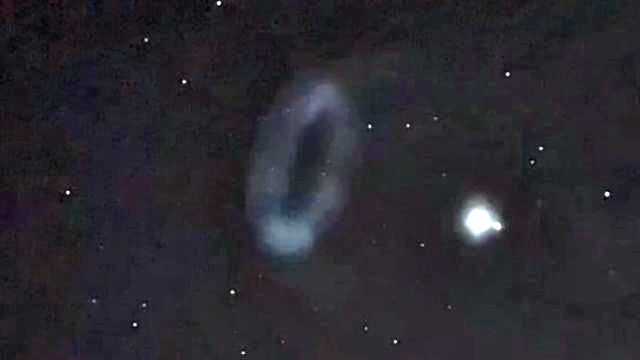 Someone just reported that they noticed something strange in the sky, saying this happened above Ohio, and that a huge hole opened up.
Mrs Wright posted the photograph to social media, and said that it was her husband that first spotted it. She said the following: “My husband called me out to see this.
interdimensional portal mystery sky phenomena strange clouds unexplained