NASA calls this 'an abraded rock' on Mars!

Friday, September 16, 2022
NASA chose Jezero Crater which is 28 miles (45 kilometers) wide as the landing site for the Perseverance rover. Scientists believe the area was once flooded with water and was home to an ancient river delta and a key objective for Perseverance's mission on Mars is astrobiology, including the search for signs of ancient microbial life. 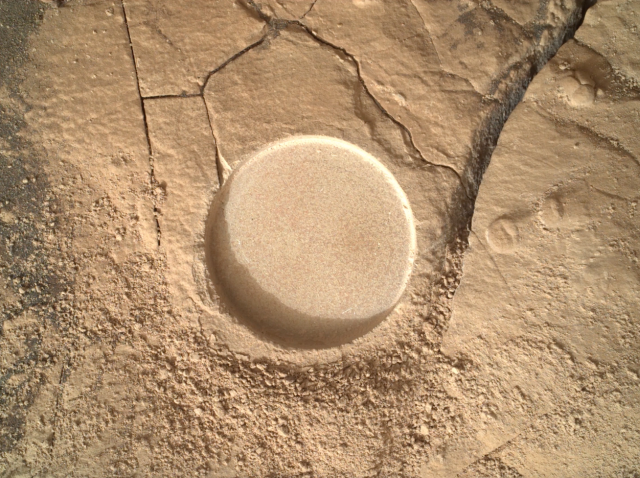 On July 21 and 22, 2022 the Rover captured an image of a very strange unnatural looking rock which according to NASA is an abraded rock at "Wildcat Ridge" in Mars' Jezero Crater.
It seems almost impossible that such a perfectly round shaped rock was created by natural forces, also considering that no other comparable rocks are observable in the immediate vicinity of this rock with perfect curves, straight walls and flat plateau. 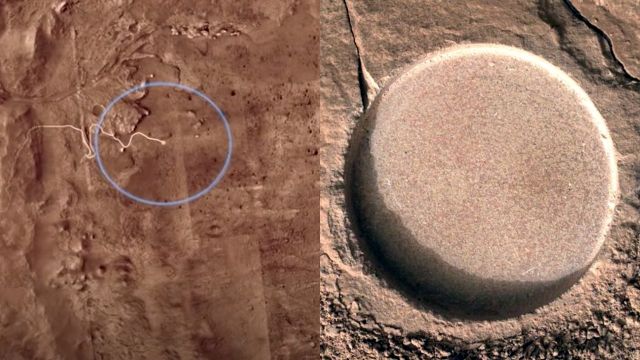 And although it seems that NASA is talking about an ordinary rock that has been formed naturally over the years, it is questionable whether it was a natural process or whether this perfectly round and smooth shaped rock was artificially created by an unknown extraterrestrial race.
As NASA said "an abraded rock"!
Below an animated flyover of the 28-mile-wide Jezero Crater.
curiosity mars anomalies mars rover Opportunity Perseverance Mars Rover