Suspicious cube-shaped cloud hovering in the sky over England

on September 07, 2022
A footage out of England shows what appears to be a perfectly cube-shaped cloud hovering in the sky. 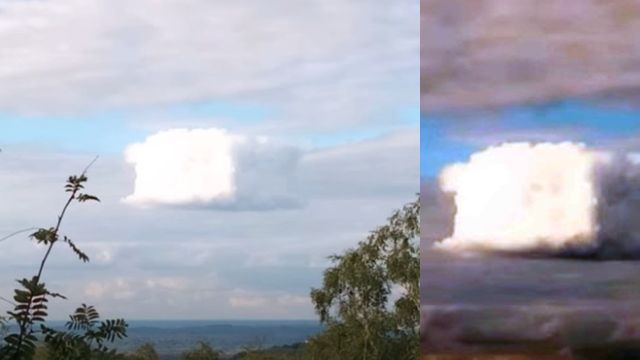 The rare sky phenomenon was captured earlier this week by Megan Coombs during a visit to a National Trust site in Surrey with the appropriately spooky name 'Devil's Punch Bowl.'
Megan said that "there is something mega suspicious" about the box-like cloud in the sky that seems to have one of its sides illuminated by the sun, reports CoasttoCoast.
It is not the first time square or rectangular clouds have been observed. It looks like these clouds are formed as a result of geoengineering/weather modification.
mystery sky phenomena strange clouds unexplained