on September 29, 2022
On Sept. 26, 2022, at 7:14 pm EDT, DART intentionally crashed into Dimorphos, the asteroid moonlet in the double-asteroid system of Didymos. It was the world’s first test of the kinetic impact mitigation technique, using a spacecraft to deflect an asteroid that poses no threat to Earth, and modifying the object’s orbit. DART is a test for defending Earth against potential asteroid or comet hazards. 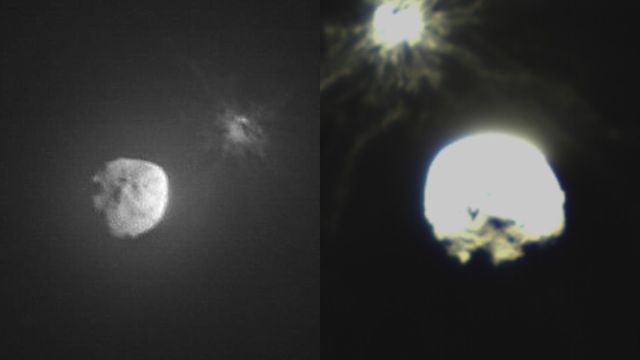 See the final moments of the spacecraft's existence. NASA's DART spacecraft slams into 'moonlet' in asteroid system.
NASA's Double Asteroid Redirection Test spacecraft beamed back its final moments before colliding with the asteroid Dimorphos in an attempt to change its orbit.
The dramatic impact expelled a cloud of dust and turned the asteroid into a type of comet. First Images from Italian Space Agency’s LICIACube Satellite mage captured by the Italian Space Agency’s LICIACube a few minutes after the intentional collision of NASA’s Double Asteroid Redirection Test (DART) mission with its target asteroid, Dimorphos.
NASA's Hubble and James Webb space telescopes captured imagery of the aftermath from impact. 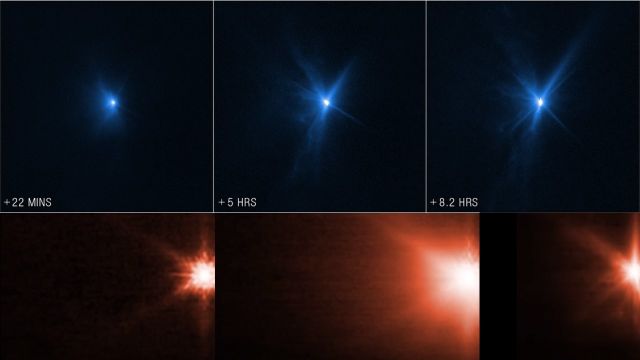 Amazing that NASA is able to crash a small spacecraft into a "space rock" which is just only 170 meters (560 ft) in diameter and 10.6 million km (6.6 million miles) from Earth as a test for defending Earth against potential asteroid or comet hazards or... a test for defending Earth against potential alien spaceships that may approach Earth in the near future?
asteroid dart nasa dimorphos space anomalies