Mystery as flock of sheep walk in circle for twelve days

on November 19, 2022
A flock of sheep walk around in a circle 'for twelve days without stopping' on a Chinese farm in Inner Mongolia on November 4, 2022. 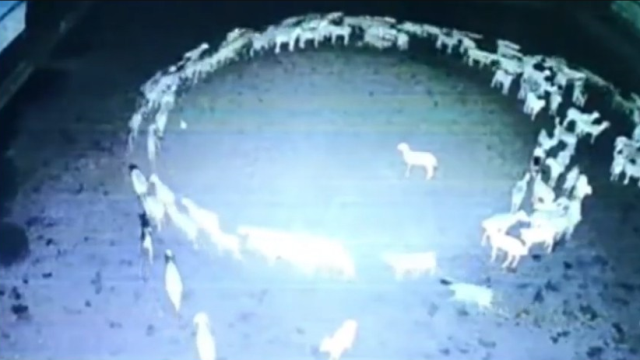 The owner of the sheep said it started with just a few sheep before more joined. The perplexing spectacle has left people shocked and confused as they try to make sense of the strange behavior of the animals. Ms. Miao said it started with just a few sheep before other members of the flock joined in.
What causes a sheep to go in circles?
The probably cause of the strange behavior of the sheep is a disease called Listeriosis which is a common bacterium/infection caused by spoiled food, inflames one side of an animal's brain and leads to the creature exhibiting strange behavior such as walking in circles. Recovery is rare, but is possible with early aggressive antibiotic treatment and supportive care of the affected animals.
In the footage, filmed from CCTV, the sheep can be seen following one another around in a circle. Other sheep are standing in the middle of a circle, with some eventually deciding to join the display. Others remained at the very center of the circle staying completely still.
mystery unexplained