on November 01, 2022
The Office of the Director of National Intelligence (ODNI) just released a classified version of the latest UAP report to selected members of Congress, something that has been covered by several mainstream sources. 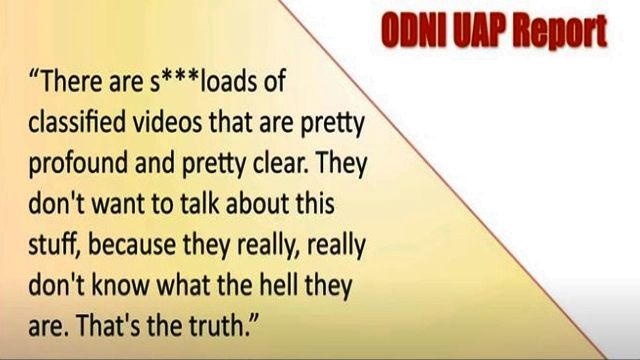 While the report itself isn't available, there are expectations that it, or a 'declassified version' of it, will be made available soon. Meanwhile, the reporting that has covered this so far indicates it covers 366 UAP reports with "almost half" being unexplained.
As a commenter said: It’s clear that the intention is to obfuscate rather than reveal anything of interest. The only concession will be the increased percentage of unexplained phenomena. “Unexplained” will be used to justify minimal or no details.
UAP UFO UFO cover-up