What caused thermonuclear radiation on Mars 180 million years ago?

on November 20, 2022
Once there was ancient humanoid civilization on Mars and they could have died in a nuclear war.
Topics:
1. What caused thermonuclear radiation on Mars 180 million years ago?
2. NASA’s Artemis moon rocket launched November 16, 2022 from Cape Canaveral, Florida. 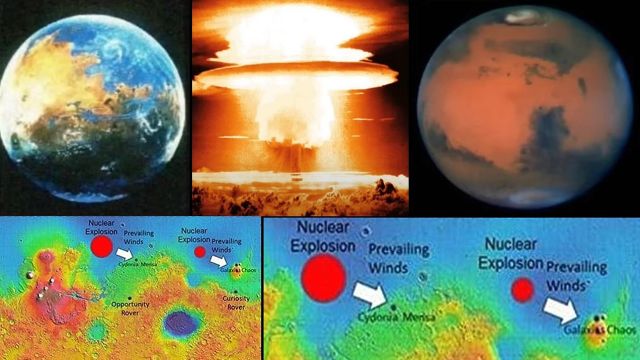 What changed Mars? - Interview with John E. Brandenburg, Ph. D., author of “Death on Mars.
- The Discovery of a Planetary Nuclear Massacre”
- Consultant at Kepler Aerospace LLC - Lates Mars Society paper
- “Evidence of large R-process events on Mars in the past”
- only two known r-process events: supernova or thermonuclear explosion
- hypothesis there were 2 nuclear explosions on Mars
- Mars meteorite EETA79001 found in Antarctica shows evidence of event that occurred 180 million years ago
- “Mars suffered a nuclear holocaust… billions of megatons”
- “more evidence that Mars’ surface was bombarded”
- “argon 40 is super abundant on Mars surface… was heavily bombarded with neutrons”
- “I reported it to the DIA…they wanted this to come out”
- MASINT - measurement and Signature Intelligence
Physicist Dr John Brandenburg says there is evidence for two nuclear explosions on Mars These apparently wiped out two races - the Cydonians and Utopians. 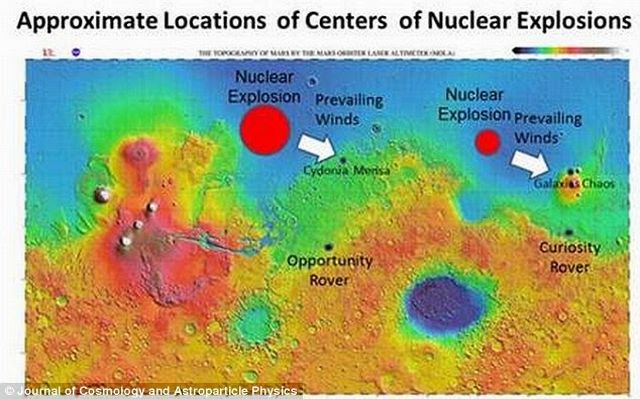 Nuclear isotopes in the atmosphere and detection of a thin layer of substances including uranium, thorium and radioactive potassium on the Martian surface is evidence for these past explosion.
According to Brandenburg, the evidence of the nuclear attack can still be seen today. There are literally hundreds of building ruins in NASA's images.
Furthermore, he says Mars once had an Earth-like climate home to animal and plant life and the two ancient humanoid civilizations, Cydonia and Utopia, would have been a level of technology similar to that of the ancient Egyptians on Earth.
It is assumed that after the nuclear war broke out on Mars, the surviving Martian race emigrated to the Earth, building the Pyramids and Sphinx to represent the features on Mars.
life on mars mars anomalies secret mars bases