Apollo 20: The secret mission to the moon to salvage an ancient alien spacecraft 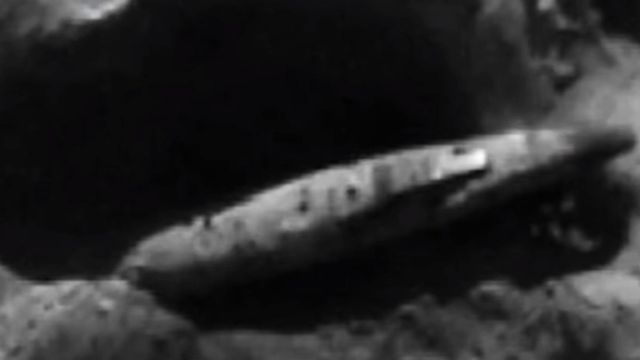 According to Viewzone, we talking about an enormous spaceship on the moon allegedly discovered and photographed during the Apollo 15 mission. The story about this alien spacecraft has been going around the web since about 2007.
The craft was supposed to have been a very large alien spacecraft which had crashed or was otherwise abandoned on the Moon in ancient times.
The existence of this ship is shrouded in mystery and it is said there were 'classified NASA space missions' to the moon, with top priority, a close examination of the huge spaceship.
The mystery continues with the statement of William Rutledge. Mr. William Rutledge (retired) claims he was on a special NASA mission and involved with NASA in the late 70s.
Rutledge claims to have worked on at least two missions to the Moon, including the failed Apollo 19, and the Apollo 20, which he says was launched in August of 1976 from Vandenberg Air Force Base.
Both of these missions, according to Rutledge, were 'secret joint space missions' resulting from collaborations between U.S. and Soviet governments. They do not appear on any roster of NASA missions, and if this is true, its for good reason.
Now, 'The Why Files' has made an amazing video on this mysterious alien spacecraft and you may wonder if all of this is actually real, but at the end of the video he concludes, as many other people, that the whole story on the secret Apollo 20 mission to the moon to salvage an ancient alien spacecraft was a hoax.

But... was it really a hoax, the above panoramic photo AS15-P-9630 (Atlas Apollo Images) proves the existence of an enormous ancient spacecraft on the moon.
alien base moon moon anomalies ufo moon