Friday, January 20, 2023
This week a very strange sky phenomenon appeared over Turkey. It is said that the apparition was a massive lenticular cloud which appeared at sunrise and featured a large hole in the middle. 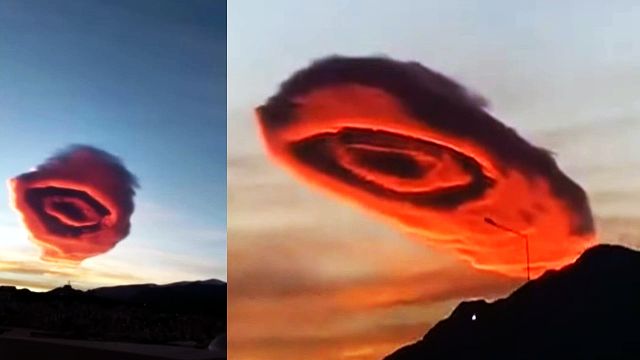 The object was spotted over the city of Bursa in Turkey on Thursday, surprising citizens who captured the rare phenomenon on their phones.
Despite official reports stating that the object was a lenticular cloud, many believe the flying saucer-like apparition was a massive UFO but disguised as a cloud.
lenticular clouds sky phenomena ufo clouds