Trucker records a "Giant Humanoid Figure" on a hill in Aguascalientes, Mexico

Thursday, January 05, 2023
According to Inexplicata, this recording of a giant 'humanoid figure' on a hill in Aguascalientes, Mexico in 2003 was obtained by a trucker driving through the state of Aguascalientes, specifically a section of the road between the capital and Lagos de Moreno, before reaching the toll booth known as "La Chona". 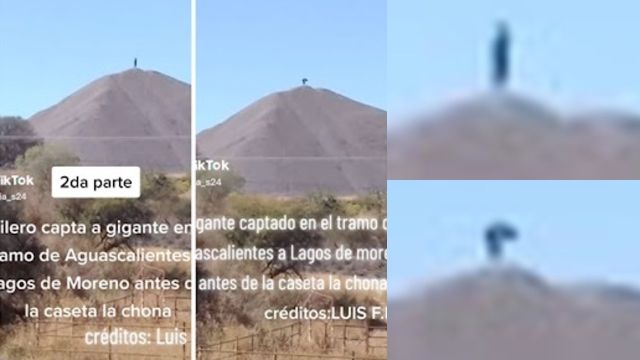 Theories regarding the nature or origin of the creature began to arise among users and although it is unclear what exactly it could have been, the most popular theories were centered on the humanoid figure being a "giant".
Science says that races of giant humans do not exist and never have, but we know that the real history of humanity is deliberately being hidden from us, so could this humanoid figure be a giant from the past but still present on earth?
The video shows what look to be a giant human or humanoid figure walking along the summit of a hill in Aguascalientes, Mexico
Ancient ancient civilization ancient history giants humanoids