Remote viewers predicting catastrophic events 2013 and the near term future 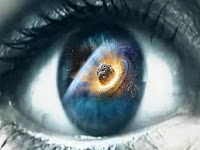 Two independent science-based probes provide some, although not definitive, evidence to support a possible catastrophic timeline for Earth in 2013 and the near term future.

1. A 1971 U.S. Department of Defense DARPA chronovisor time travel probe to the year 2013 found the U.S. Supreme Court in Washington, DC under 100 feet of brackish water.

2. In a 2010 Farsight Institute remote viewing probe of June 2013 using the largest number of military-trained remote viewers in history, 39% of the military-trained remove viewers found a global coastal event and devastated coastal cities and populations, with the U.S. Capitol (directly across the street from the U.S. Supreme Court) being devastated and by deep water, congruent with the 1971 DARPA chronovisor probe of 2013.

Back in 2008 some predictions were made by a team of the top, military trained "remote viewers" - each with over a decade of successful service. Lyn Buchanan from US Army Intelligence and Glenn Wheaton, of US Special Forces participated in a project run by Farsight Institute originally designed to detect minute climate changes at selected targets around the globe. Instead of climate change, the remote viewers saw a huge meteoric impact in the ocean with devastating tidal waves and volcanism. All this happening by 2013.

The results were unexpected but should be taken seriously. It appears that the governments of the world are already preparing for such an event. The scientific community believes these predictions to be so strong and reliable that they proposed to let the reputation of remote viewing, as a science, rest upon this horrible prediction. 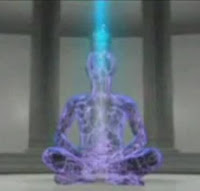 In 2008 a team of 8 military grade remote viewers were asked to view several targets with the understanding that the actual target assignments for each session would be given to them in the future. The sessions were given a number (S1, S2...) and the notes and drawings from each session were collected, scanned, encrypted and subsequently downloaded by tens of thousands of internet users for some future date, when the encryption codes would be published. This guaranteed that the results of the remote viewing sessions could not be changed.

There was a total of 113 sessions. Once the sessions had been recorded, the targets were selected in a random manner, pairing each session with one of three possible target conditions in 9 different locations around the globe:

In general, these remote-viewing data suggest the following types of physical changes across many of the above geographical locations by mid-2013:

1. Impacts from what appear to be large meteors leading to tsunamis and possible volcanism.
2. Extensive and forceful flooding of costal areas.
3. Excessive solar radiation.
4. Storms and other severe weather.

In terms of the effects of these changes on humans, these data also suggest:

The two 2013 timelines examined in this study are:

1 June 2013, 12 noon target local time, following the timeline in which the leadership of the mainstream global scientific establishment continues to ignore or deny (1) the reality of the remote-viewing phenomenon, and (2) the existence of life not originating from Earth.

1 June 2013, 12 noon target local time, following the timeline in which by the end of 2009 leaders of the mainstream global scientific establishment publicly recognize (1) the reality of the remote-viewing phenomenon, and (2) the existence of life not originating from Earth.

More information about this project at www.farsight.org

Astrobiology Magazine presented a probable case for the existence of our dual Sun, a brown dwarf called "Nemesis" or "Nibiru/Planet X". The article titled: “Getting WISE About Nemesis”, stated: “A dark object may be lurking near our solar system, occasionally kicking comets in our direction. Nicknamed “Nemesis” or “The Death Star,”

The Sagittarius Dwarf galaxy. A report in the Astrophysical Journal “demonstrates how the debris from the Sagittarius galaxy, which is 10,000 times smaller in total mass than the Milky Way, is getting consumed by the latter.

Global warming on Earth and in the solar system is thought now to be the product of the Milky Way galaxy consuming our Sagittarius galaxy. “Scientists postulate that as the Sun and its attendant satellites, including Earth, get consumed by the Milky Way, the higher energy levels in this much larger galaxy will cause the Sun to burn hotter, and to emit higher energy. This, scientists say, is one reason temperatures have been rising steadily in all plants in our solar system. As the consumption of Sagittarius by the Milky Way continues, further changes are being spotted, and monitored, in our own planetary system

Celestial bodies now being spotted at the edge of our solar system may in fact be from the incoming Milky Way galaxy. 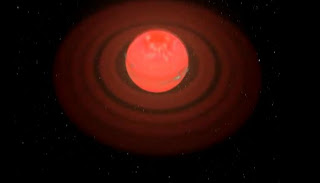 In a worse case scenario, during a fly-by in the inner solar system, Nemesis, or a similar incoming celestial body from the Milky Way galaxy, could approach within 2.85 AU of our Sun (about 265 million miles), creating huge solar flares and solar storms that in turn create a global coastal event of our planet, devastating coastal human settlements and populations. as foreseen in the 1971 DARPA chronovisor and 2010 Farsight Institute remote viewing probes.

Scientific opinion about the existence of our dual Sun or an incoming celestial body is highly divided. A number of prominent scientists investigating these issues have reportedly met mysterious deaths, and there is evidence of a government cover-up in this area.