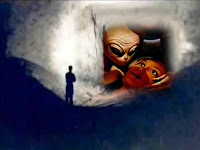 Full details as to possible Aliens running the World ?

A full length documentary for the new Waking up people to learn what is known in one complete hit.

The aliens running the world is not often spoke about, but it is a real possibility and does go some way to explain the wacky nutty leaders moves ?

Watch it and in any event you will be more aware of area 51 Dulce and FEMA camps and the NWO plans.

And something to keep in mind when weird things happen in the world. Specifically aimed at NEW Viewers who have never seen or heard of Phil Schneider , Thomas Castello, etc, but know things are NOT right in this world!

Related article: The largest Reptilian and Grey Base in America