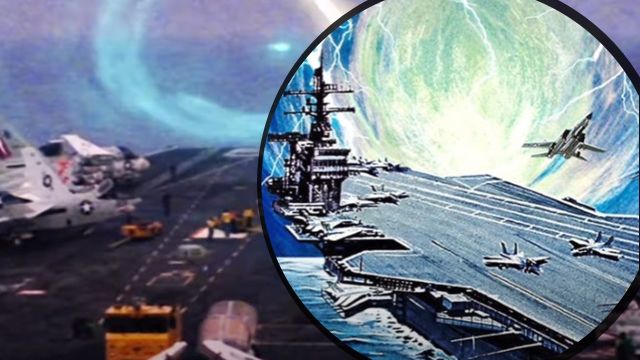 SECRET NAVY UFO FILE TIMELINE and the AUTEC TUAOI STONE UFO CONNECTION.
John W. Warner IV goes deep on his family connections to the The Cosmos Club known as the UFO Bilderberg. He also explains how his father, Secretary of the Navy John Warner had knowledge of Secret Navy AUTEC experiments in the HotZone to extract the Atlantean Tuaoi Stone (Also called the Fire Stone) from the Ocean Floor and classified Top Secret UFO Salvaging Operations. 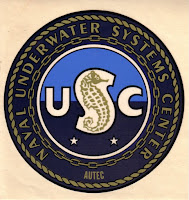 AUTEC (Atlantic Undersea Test and Evaluation Center - Navys Area 51)
Since its construction in 1959 there are many strange reports of USO and UFO activity all around AUTEC. Stories of Aliens working with NAVY personnel in a deep underwater base just of the Bahamas at the tip of the Bermuda Triangle in one of the deepest trenches in the ocean.

The Atlantean Tuaoi Stone: The most prominent factor in Cayce's predictions is the Tuaoi Stone, or the Fire Crystal. It was a source of rejuvenation of the Atlanteans' bodies and a power source for their technology. Cayce's description of this six sided, cylindrical quartz and its abilities resembles that of a present day laser beam, using a type of ultraviolent light energy to power
Mystery of the Crystal Sphere of Atlantis   (A must read).

Version of The Atlantean Sphere on 11/11/11 at the Mayan Crystal Skull Conference in Los Angeles - Photos by Robyn Swick
Uses of  the ancient Crystals:
01. Healing, childbirth, crossing over
02. Meditation, awakening, increasing psychic abilities
03. Increasing mental capacity and clarity of thought
04. Science and technology
05. Dematerialization
06. Teleportation
07. Telekinesis
08. Magnetic force fields
09. Libraries
10. Storing records and other knowledge, much like a computer
11. Botany and agriculture
12. Weather Control
13. Huge crystal tower power generators
14. Communication
Crystals have the ability to transfer energy, to retain it, to maintain its intensity, to focus and transmit it over great distance to similar receivers as are equal or comparable to the transmitter. The larger stones, called Fire Crystals, were the central receiving and broadcasting stations, while others acted as receivers for individual cities, buildings, vehicles and homes.
John W. Warner IV said that clandestine intelligence structures have kept dramatic leaps in exotic ancient UFO technology behind a lethal Wall of Secrecy (X-Protect). Warner asks the question: Can the X-Technology inside the UFO File be made accessible to the world?
Atlantis crystal sphere UFO